Social Proof as an Influencer of Decisions

30 Jan 2020
Social Proof Can Be Used to Influence Decisions
In the context of decision making, social influence, or social proof as Robert Cialdini calls it, is a frame of reference through which people obtain evidence to help them make decisions about what to do in moments of uncertainty. The rule of social proof in this context is pretty simple.

When UNCERTAINTY about what to do creeps into a situation, we obtain EVIDENCE of what to do by OBSERVING what people we consider to be like us are DOING.

The effects of social influence is seen when large groups conform to choices regardless of whether or not they are correct or incorrect choices. Herd behaviour is pretty much the same thing.

While social proof is based on what is essentially a rational motive to consider the information possessed by other people, it can cause groups of people to go with a choice that is actually based on little information ... a negative effect.

When we agree with the choices of others because we believe their interpretation of an ambiguous situation is more accurate than ours, it's all about the decision rather than being liked or accepted by others.

In a staged epileptic fit situation on a public street with varying numbers of bystanders doing nothing, researchers looked at how people passers by would respond.

When there was 1 bystander watching and doing nothing, 87 percent of passers by responded to help the victim.

When there were 5 bystanders watching and doing nothing, only 17 percent of passers by responded to help. In the last situation, so many people doing nothing apparently had a strong influence on the decisions made by those passing by.

THE EFFECTS OF SOCIAL PROOF IN ACTION

I go to a flash expensive restaurant for the very first time. On the table are several forks and I have no idea which one to use so I look around at other customers to see which fork I should use first.

When someone is unemployed for a long time, prospective employers are influenced by the idea that other employers won't employ this person and this impacts their decision to hire or not hire.

If a man is standing and chatting with a group of women, it's perceived that something must be good about this guy.

Night clubs create long lines or queues outside their door to give the impression that this is the place to go simply because everyone else is going there.

At an intersection pedestrian crossing with a Don't Walk light displayed. One person starts to cross against the light and suddenly others follow. If the person is wearing a suit then the effect is even stronger as the person 'appears' to have more authority.

When you're presenting an idea to a group of people, get users of that idea to deliver the presentation. Jack Welch of GE fame asked Larry Bossidy of Allied Signal to make the original presentation to executives about the Six Sigma initiative. Business improvement people can get the team members to present the solutions to the operators, rather than the project leader doing it.

Make a video showing the audience's peers doing the activity you want them to engage in. For example in developing video SOPs for a business we recorded the staff/operators in the film, not the trainers.

Have peers rate the idea or activity and display the results. Star ratings are used widely on eBay, Amazon, eBook platforms, podcasts and phone apps.

You get the idea. 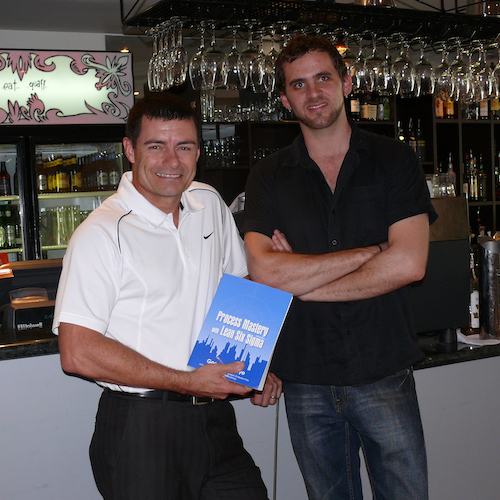 Author: George Lee Sye﻿
George's lean six sigma training is considered to be second to none in the world of business improvement. Worth checking out if you genuinely want to develop career enhancing skills.
THE MOST SIGNIFICANT LEADERSHIP TRAINING EVENT OF 2023 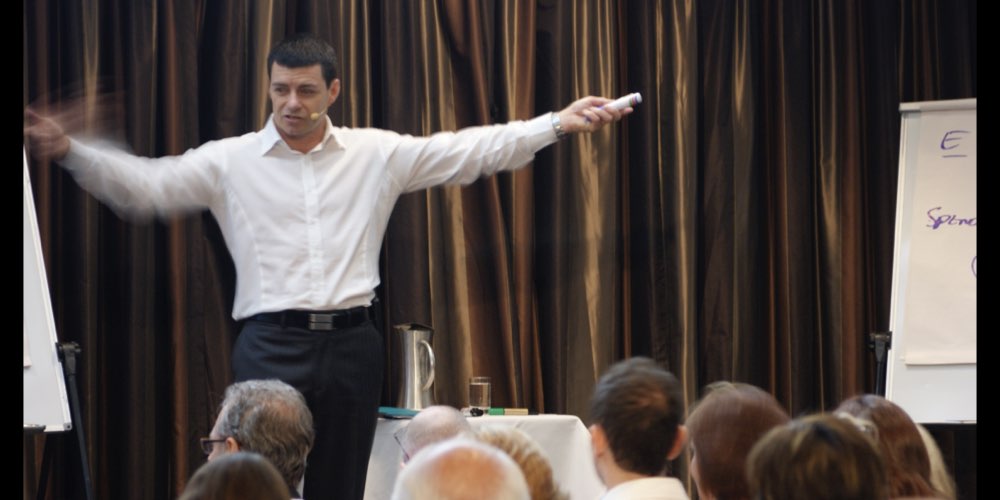